*** Go to our YouTube channel in the link below to see the video review of this record in episode #16 of the SBR Album of the Week.

Massachusetts metal warriors, High Command, won rave reviews for their 2019 debut, Beyond the Wall of Desolation. Not content with indulging their wildest crossover thrash fantasies, they also created their own mystical world of Secartha, a fictitious land of which the band members are chroniclers of the wars, hardships and triumphs that define its people through the ages. On top of this, they throw in the muscular riffing of modern hardcore and swagger with the debauched intent of Midnight. A cocktail from High Command is more likely to seduce you into a world of sorcery rather than a night of high-spirited intoxication. Indeed, their sophomore album sizzles with ambition and lacks nothing in confidence.

You’ll hear strange references to ‘the cruel mountains of the mystic ones’ and ‘the spectral land of moss’, but the first objective of High Command is to bring the guitar to life. This means the opening title track gathers the colossal thrash riffs like scarce fuel for fire and makes the most of them in the way Metallica did when they were young and hungry and convinced of their invincibility. Vocalist, Kevin Fitzgerald, projects his raspy voice like Jeff Becerra of Possessed and sprays his hostile flecks of froth like a gluttonous agent of the devil enticing his followers with promises of transcendence. It sounds like a spell that will corrupt your daughter, and High Command have a rock ’n’ roll lust to their music, but they also slam with the intensity of hardcore legends, Terror. Listen to the suspenseful intro of ‘Immortal Savagery’ as it gears into a proto-death metal assault like it’s 1985 all over again but with mightier guitar amps and better recording equipment. This is what you wanted the latest Goatwhore album to sound like – perfidious, carnivorous, utterly enslaved by its own passions.

The mantra of High Command is simple. Their press release tells us that “swords and metal go hand in hand.” The adrenaline of ‘Imposing Hammers of Cold Sorcery’ and ‘Omniscient Flail of Infamy’ make you want to grab a sabre and jump into the fog of battle with no concern for having your head hacked off with a mace. You’ll hear the Peace Sells era brilliance of Megadeth in the former and might note the reference to Metallica’s ‘Eye of the Beholder’ in the intro of the latter. The quintet wear their thrash influences on their battle jackets with pride, but their riffs force you to bare your teeth and screw up your face into manic shapes. They possess you like an external force that wants to control your shoulders and pendulate your head.

Of course, a throwback to the embryonic days of the mid-1980s extreme metal can never better the innovation from that era, but High Command understand the need to furnish their music with the same originality as their storytelling. ‘Fortified by Bloodshed’ inserts a surprise circus organ in the opening guitar lines and offers a glimpse of extravagant hard rock among the ravenous thrash metal when things threaten to become a Ride the Lightning pastiche. The breakdown frenzy at the end reminds you of the band’s roots in hardcore.

Many of the songs here end in a sprint when most bands would look to close things down after four minutes. This is because High Command push their abilities and convergences to the limits on Eclipse of the Dual Moons. You can imagine the blood and sweat that went into the pre-production phase of this record. Even the shortest cut at track seven (‘Siege Warfare’) settles for nothing less than a kit inspection of each instrument’s full potential. It starts like Slayer but evolves into something far more mystical with the immortal words: “Wield the sword within your mind/ A war within a war… internal onslaught… cerebral genocide.” Is it any wonder that the twelve minutes of closing track, ‘Spires of Secartha’, are so immersive? You won’t even notice the long duration once the blackened thrash dramatics take over and the journey begins. Their decision to end with three minutes of maudlin folk guitars offers a wonderful contrast to the malevolence of what came before it.

High Command are serious artists that treat the recording experience like a personal challenge to outperform their normal capabilities. Factor in the imagination needed to uphold the immersive pull of their fictitious Secartha world, and you have a record that thrives on setting its own high standards. 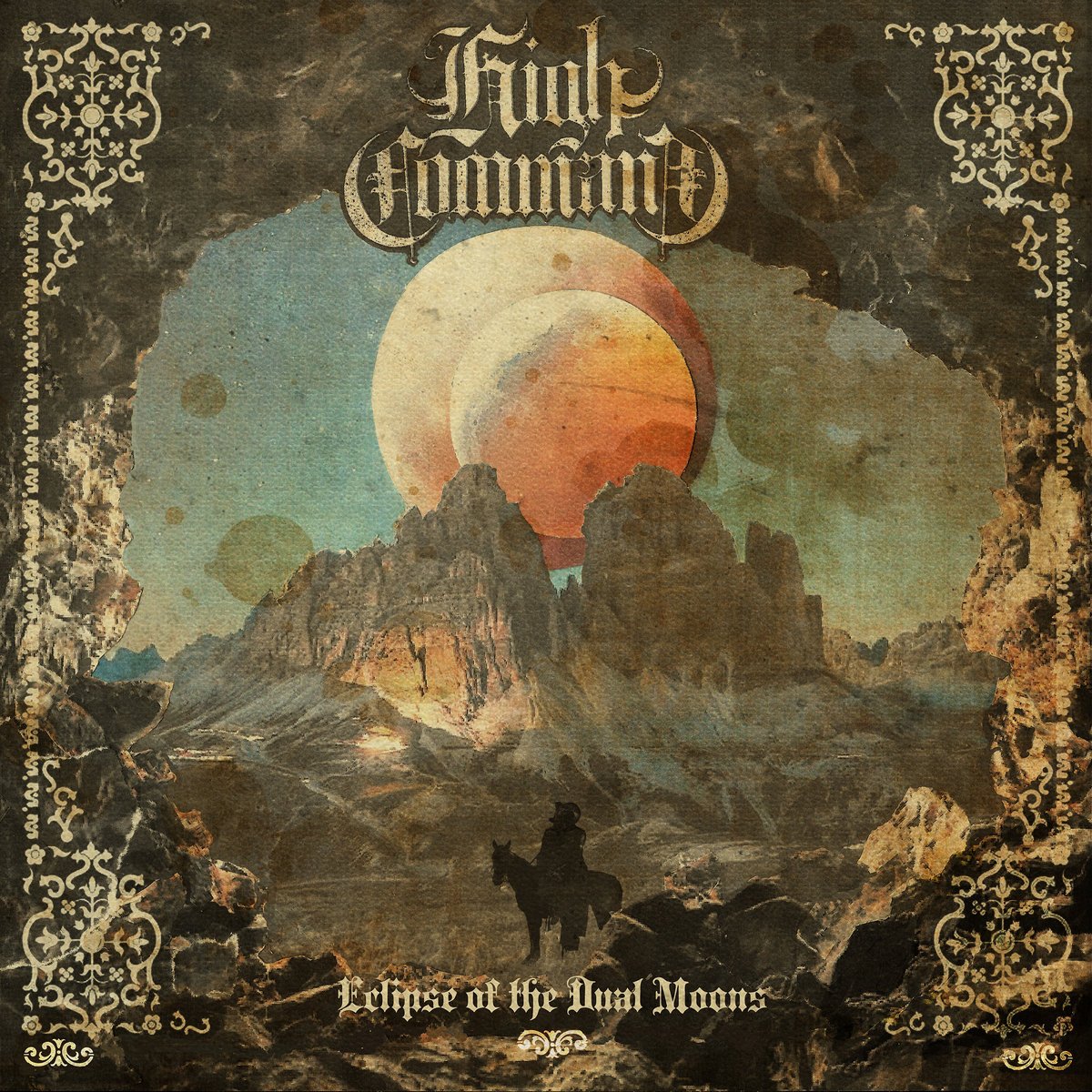 CategoriesAlbum of the Week Metal Reviews