The decision to relocate from Russia to England in 2014 would have finished most bands, but Concrete Age frontman, Ilya Morozov (aka Frosty J), heard his destiny calling from beyond the North Caucasus. Fast forward eight years, and the group are on the eighth album of their career with Morozov at the helm. It could have been more without the interruption of Covid-19 in 2020. Indeed, the self-proclaimed “ethnic metal” of Concrete Age is a distinctive sound with the highest levels of musicianship, and Bardo Thodol is no different. They don’t water down the extreme metal elements on this record, either.

You might raise your eyebrows at the resonance of the jangly folk guitars and brooding vocal harmonies of opener, ‘Hex’, as if pondering whether to intrude upon a gypsy camp you have no right to enter. A minute of hesitation is all that separates you from indecision and euphoria when the band step on the distortion pedal and unleash a barrage of snare stresses and double kick beats in full Slayer mode. Think of Sepultura’s Quadra album but with a Balkans flavouring and the muscular aggression of Jungle Rot. These lads are clear in their purpose – this is a thrash album with a treasure hunt thrill. ‘Purity’ reveals one of the earliest secrets of the Concrete Age sound in the way the rapid neo-death metal rhythms drop out for a flutter of lively folk guitar bravado without slowing down the drums. Morozov is a beast in the microphone booth and a skilled exorcist of those anxieties you cannot externalise. See if you can sit through this song without reaching for a glass of water to calm your blood pressure.

Of course, the album that deserves the “godfather” accolade for this type of music is Sepultura’s Roots. Concrete Age enjoy their Bolt Thrower as much as their violent thrash, but they’re not averse to the type of bounce riffs popularised by Slipknot. The Arabic stylings of ‘True Believer’ are as enchanting as the Hollywood films that projected their love of the exotic onto all things oriental in the 1950s. Yet Concrete Age like to infuse their metallic aggression and mysticism with the peasant dance of the Balkans when your brain wants to hallucinate in the desert heat. Sometimes, they inflame your imagination with the wildest of desires. ‘Threads of Fate’ hopes to entice you with its sensual fiddle strings and acoustic percussion into an orgy your instinct does not like. Thankfully, they save you from this coercion with an eruption of chunky mid-tempo groove metal before the inevitable switch to an arm-linking choreography calls you into its heightened embrace.

Side A seduces you with its primal aggression, technical guitar work, and willingness to pummel you with overzealous energy. The latter half of the record is less successful in holding your attention. Songs that should still sweep you into the giant’s mitt and shower you with gold dust lose their potency on the likes of ‘Ridges of Suffering’ and ‘Thunderland’. Maybe it’s because the novelty of merging mirthful folk music with the harshest death-thrash wears off at the midway point of the album. The title track is one of many songs that relies on the Phrygian dominant scale to draw you into its orbit. In fairness, it bulges like Ektomorf at their crunchiest and flirts with blast beats and goblin vocals when you least expect a black metal tangent. This band pride themselves on their infectious energy and pulverising aggression.

Concrete Age are one of the few metal groups that can capture their live energy in the recording studio, and they produce another imaginative piece of avant-thrash with Bardo Thodol. It might overrun by ten minutes, but you’ll soon learn to appreciate the wide canvass of ideas if your attention will allow it. 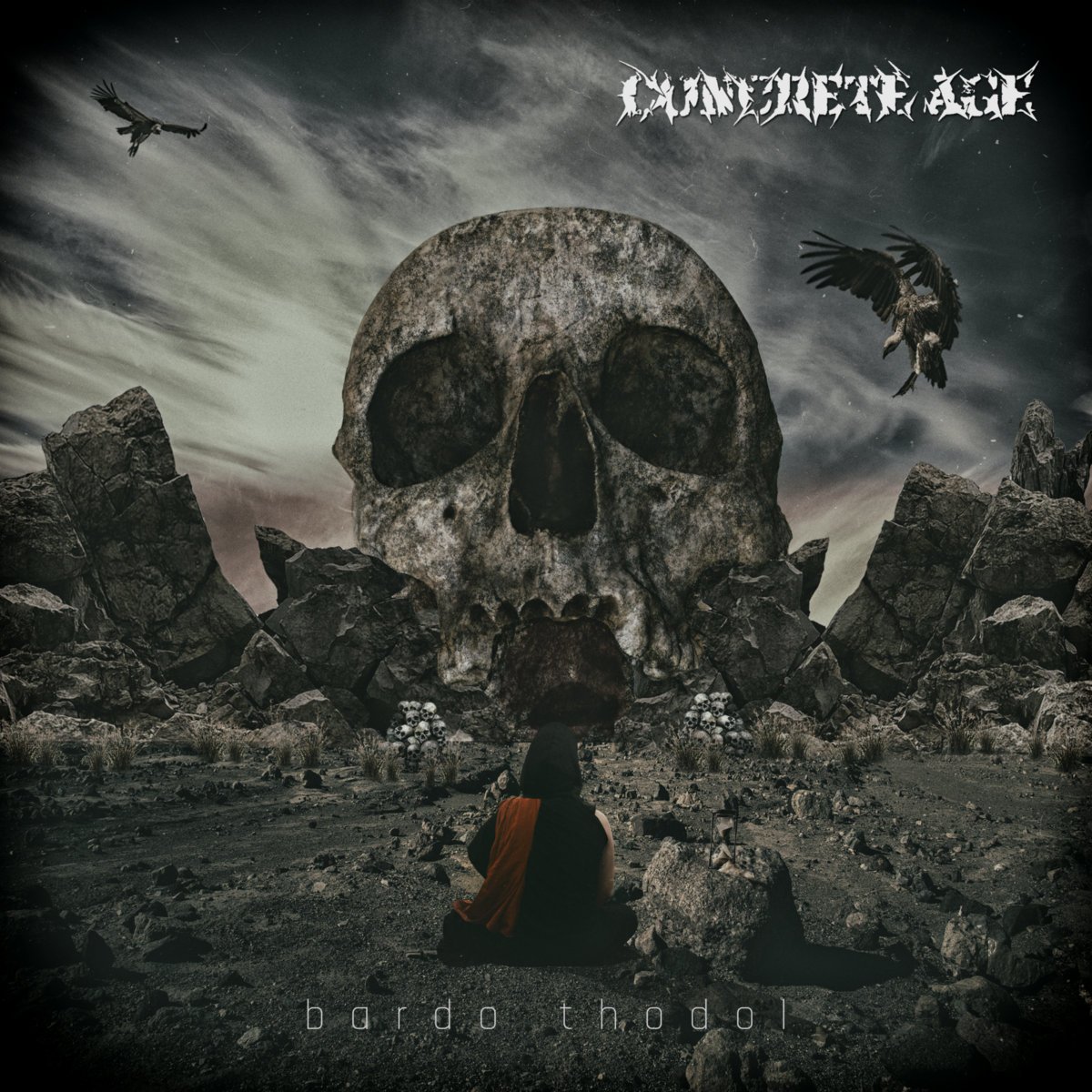