Who longs for the day when the axeman cometh? The chances are you’re partial to fretwankery and insane shredding if you read Scream Blast Repeat. Or you might be a student of rhythmic precision and off meter riffing. There is no minimum criteria to qualify for this list. Sweep-pickers and chuggers, power chord drillers and tremolo explorers, we welcome your clean caresses and high-gain advances. If you want to dazzle us with your patterns or slay us with your down-picking, we have a place for you among our seven.

The gods of old treated us to some of their finest chops in 2022, but we also seek the new among the glorious few. These are the SBR Top 7 guitarists of the year. We also give you some bonus content to honour those bands that host the most dynamic guitar duos in metal.

We start with a wild card. Bryce Maopolski is a student of thrash metal and classic rock but plays like a veteran in spite of his tender years. This man has a remarkable fret-stretch and positions his hands on the neck of his guitar with great symmetry. With his brother, Reece, on bass, he can flip from low to high register in a second as if conjuring the spirit of the great Dimebag Darrell. Bryce has an abundance of rapid-alt-picking riffs in his arsenal but can also hypnotise you with his clean picking shapes.

Read the original SBR review of The Woods Will End You by Brotality here.

As the rhythm guitarist in Tesseract, James Monteith has already contributed enough to the evolution of prog metal in the last decade. But 2022 saw him put together a ferocious hardcore/crossover band to indulge his greatest Slayer fantasies and pay homage to the likes of Terror and Biohazard. You’ll find no polyrhythms or odd time signatures on the debut Cage Fight record, but you’ll hear plenty of violent down-picking and string-grinding excellence. The riffs are relentless, and the grooves are just as ferocious.

One of the most accessible guitar teachers among the tech death fraternity, Dave Davidson’s work on the latest Revocation album is mind-blowing. How does he perform vocals and play those whirling scale patterns at the same time? Though a former student of jazz, Davidson prefers to land his technical death metal close to the boundaries of thrash. His finger-twisting rhythms continue to dazzle like the gift that keeps on giving.

Read the original SBR review of Netherheaven by Revocation here.

What a year it has been for Vogg. Decapitated released their eighth album, and he also co-wrote two of the songs and played lead guitar on Machine Head’s monumental comeback album. Is there a greater sight in metal than Vogg spinning his head on stage and ripping into his skull-crushing rhythms with the concentration of a ventriloquist? A Vogg riff is unmistakable. Let’s not forget: this is the man who wrote ‘Spheres of Madness’ twenty years ago, which is still the best death metal song of the twenty-first century.

He has a degree in Jazz Interpretation and teaches pop guitar and theory, but Dan Mongrain’s background is technical death metal. Replacing Voivod legend, Denis “Piggy” D’Amour (RIP), is an achievement in its own right, but completing a new trilogy of classics with the French-Canadian progressive thrash pioneers since 2013 deserves a special mention. No chord is off limits, no metallic rhythm is impossible, and no vocal line is out of reach when Dan Mongrain picks up a guitar.

You don’t need to play solos when you explore your fretboard like John Browne. The Riffhard CEO and Monuments axeman is the king of the fills and friend of the obscure chords that even Allan Holdsworth would shy away from. Watch Browne’s one-take playthrough of ‘Makeshift Harmony’ from the latest Monuments album on YouTube and see if you can keep up with his rapid hand action. His contemporaries – Misha Mansoor, Paul Ortiz and Acle Kahney – will be the first to admit that John Browne operates in a league of his own when it comes to complex grooves and impossible finger shapes.

Read the original SBR review of In Stasis by Monuments here.

The most sensual guitarist in death metal had a lot to prove after his wayward shoegaze and black metal experiments on Fallujah’s disastrous 2019 record. He returned in 2022 to remind us that Fallujah are still an elite prog metal entity, thanks to his purifying guitar bends and meditative whammy bar action. Nobody sounds like Scott Carstairs, and few could emulate his unique style if they tried. This man can do it all – the sweep-picking, the superhuman rhythmic chugging, the trippy finger-tapping melodies. You can watch him on Twitch to learn more of his secrets and understand how he operates among the crimson and turquoise textures that no other metal guitarist would contemplate. Scott Carstairs set the bar high in 2022 and will be around for years to come.

Read the original SBR review of Empyrean by Fallujah here. 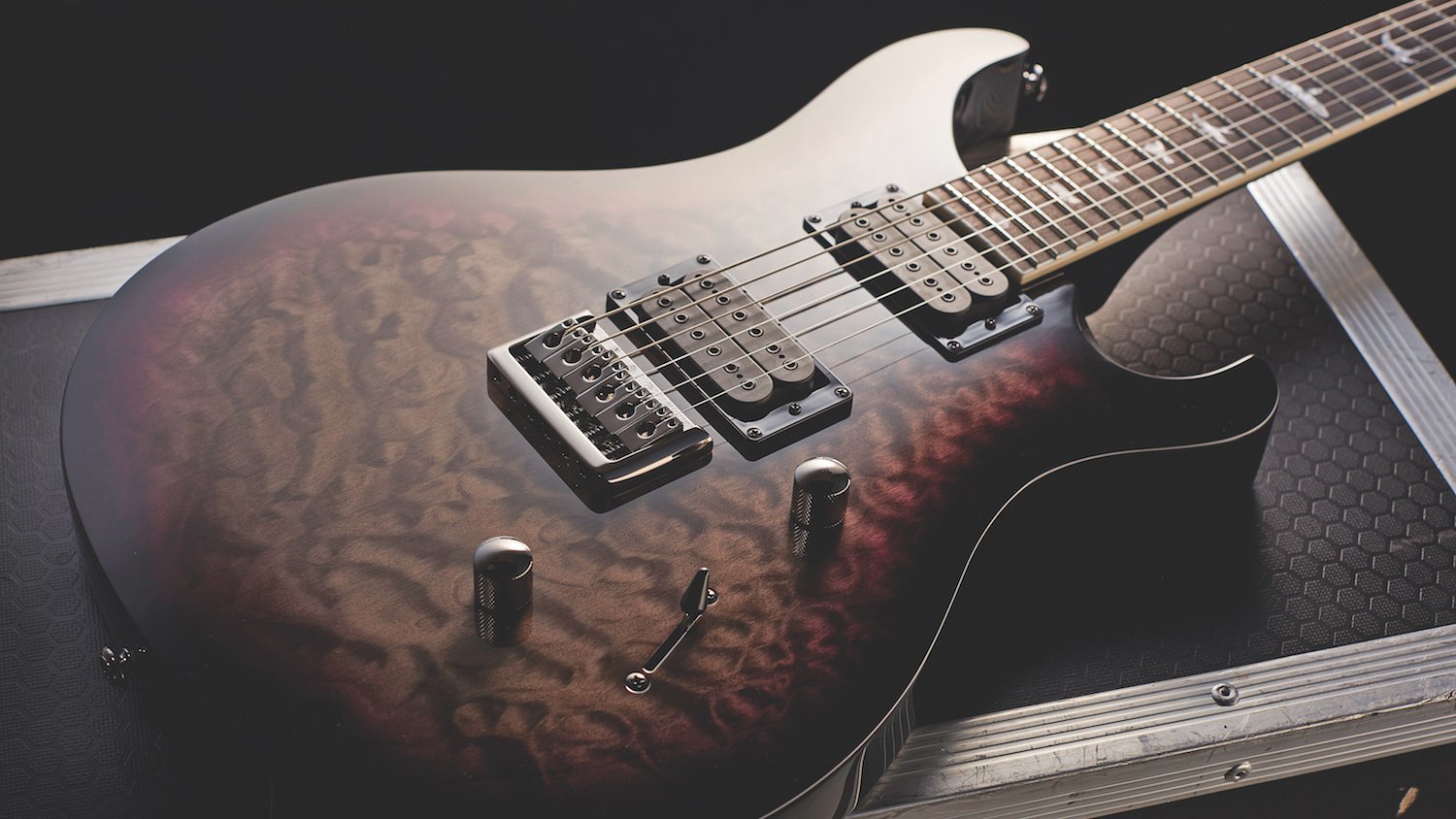